1387.7; Annals of Ulster (acknowledged accurate orthography; representative of the contemporary material):-   "Eoin Mac Domnaill, rí Innsi Gall, d'ég." ...translated...  John Mac Domnaill, king of Innsi-Gall, died.   He had immense wealth and a reputation for unrivalled church benefaction. John also established the ‘Holy Cross” Oransay Priory c.1330 with (Irish) Augustinian canons regular - an act unique in the period.  Also known as "Good John of Islay", he was Nobilis, with his Stewart wife Princess Margaret - “The Royal Family of MacDonald,” on equal terms to the “The Steward” of the eastern parts of Scotland.

When John died “His full  noble body was buried with befitting pomp and solemnity in the tomb of his ancestors on the south side of Teampull Odhran; the sacred storehouse of his predecessors and guardian of their bones.”

“Full noble body” (MacVurich; Book of Clanranald). Knowing the context of this period and kingly burials, is this knowingly stating that there was no separate heart burial – no evisceration? For what other reason or figurative meaning would the word possibly be used?  Otherwise, it seems superflous.  It does not mean he had a full compliment of limbs, fingers and toes (it was under earlier celtic law, strict convention that kings had to have no physical “blemishes”.)

As a viable way to help understand the significance of making a decision on evisceration and separate heart burial, here is a very short story of the historical novel genre (my first & only!) around this theme:-

..... Princess Margaret and John, eventhough only in his fifties, recently had long discussions about the fashionable separate burial of royal hearts and intestines and the opposing religious philosophy that it wasn’t right to divide the body as it was holy. John was thinking about burying his entrails at Ardtornish, and his heart at his beloved “Holy Cross” Oransay Priory. But with his head and “body politic” on Iona of course - The Ancient Ecclesiastical Capital of his Royal family of MacDonald.  But, the erudite John felt, as the Roman pagans had sensed when they scattered the remains of Christian martyrs at Lyons, that multiple burials stood in a potentially antagonistic relationship to the logic of the Resurrection.

Margaret, although very warm to her idea of keeping her beloved husband’s heart in a vase close to her breast forever more, even in her death, also had a mild concern but which related to the cult of Saintly body part relics.  Although saints, the young aspiring MacAlasandair Prior of Iona advised her, were fully present in any particular bit of their body - just as Christ was to be fully present in fragments of the consecrated host. 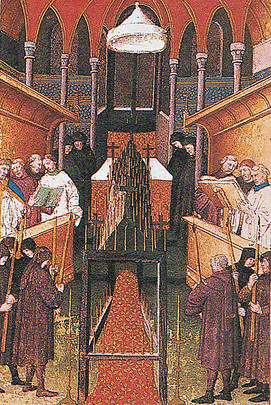 But Good John’s decision was final – his full noble body would be buried in the tomb of his ancestors.    He wanted every single, royal part of his noble body put to rest in the sacred storehouse of his predecessors to absorb the power of the spiritual burial dust and bits of stone, with their accumulating life-force, and they would be unscathed to await their undisturbed and unhindered heavenly re-animation at the resurrection – day of judgement.

When alone, John repeated the words aloud, over and over, “And I shall be clothed again with my skin, and in my flesh I shall see my God.”    “John died in his own castle of Ardtornish, while monks and priests were over his body, he having received the body of Christ and having been anointed, his fair body was brought to Iona.”

“His obsequies were observed with great pomp and splendor by the Churchmen of the Isles, among whom he was known as the "Good John of Isla," on account of a munificence to their order, in which he more than vied with the pious liberality of his fathers”. 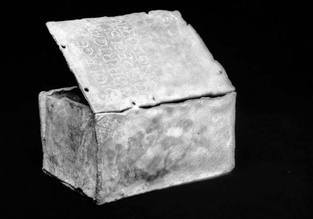 French scientists have just analysed the organ, kept at Rouen Cathedral since the death of Richard I, known as The Lionheart. He died in 1199 at 41 while fighting the French in Chalus, central France. The heart — an organ then believed to be the site of the soul — was buried in the cathedral at Rouen in Normandy, then an English possession. On July 31 1838, Rouen historian Achille Deville made an astonishing discovery. During an excavation of the cathedral, a lead box about the size of a large book tumbled into the crypt. Medieval embalmers used mercury and tar-like creosote to preserve the heart, then applied frankincense, myrtle, daisy and mint to it so that it would smell sweet, his team found. We know from historical sources that those herbs and spices were used to make the time Richard the Lionheart would spend in purgatory shorter by giving him a kind of odour of sanctity. The organ was then wrapped in linen and sealed for eternity inside the lead box.